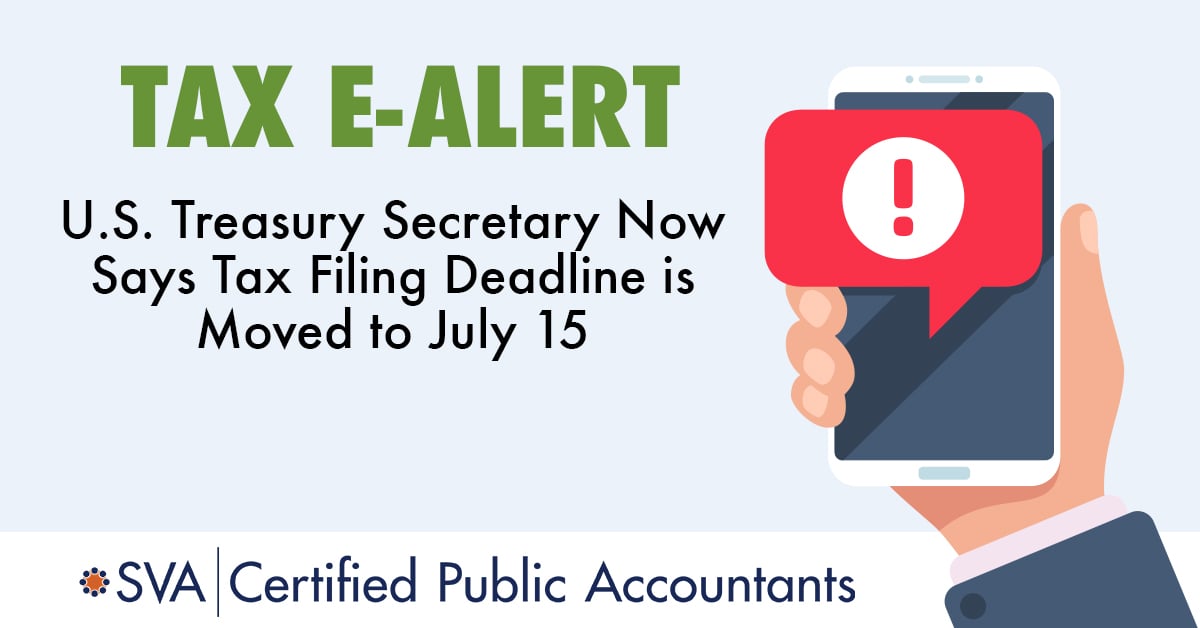 U.S. Treasury Department Secretary Steven Mnuchin announced that the 2019 income tax filing deadline will be moved to July 15, 2020 from April 15, 2020, because of the coronavirus (COVID-19) outbreak.

At President Trump’s direction, Mnuchin announced on Twitter, “we are moving Tax Day from April 15 to July 15. All taxpayers and businesses will have this additional time to file and make payments without interest or penalties.”

Of course, if you’re due a tax refund, you probably want to file as soon as possible so you can receive the refund money.

Over the weekend, Wisconsin announced that they will also be extending all April 15 income tax deadlines to July 15 in order to match the federal government. This means that if you only file federal and Wisconsin income tax returns, you will have no filing or payment requirements in April of this year.

Currently, second quarter federal and Wisconsin estimates are still due on June 15. However, Congress is currently debating legislation that would postpone the federal payment deadlines further. We expect that if this passes, Wisconsin will do likewise.

Many other states are also postponing due dates. We are monitoring that activity closely. If you have questions about due dates in other states, please contact your SVA professional.

Tired of searching for important, timely business information? Let us do the work for you. Check out our Biz Tips to stay up to date with what’s going on in the world of business.